Last week at the Kids Art Club up in Broomhill we began making igloos inspired by the real one built on the square when it snowed. We finished them off last night (Weds 27th Jan), and they look absolutely fantastic! 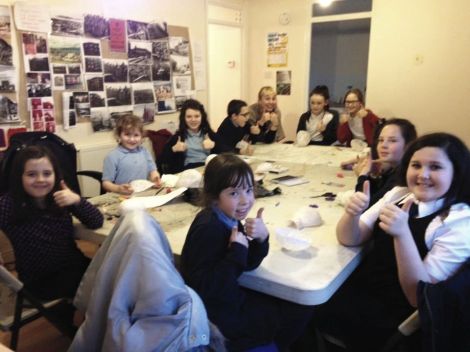 Once the kids had cut their papier mâché balloons in half, they cut a semi-circle in one side. Some decided to leave their entrance to the igloo like this, while others took their papier mâché tunnel made from half a plastic cup and stuck it inside the igloo, coming out through the entrance. 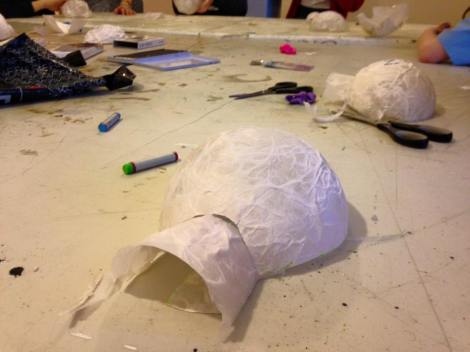 We then gave each of the kids a LED light to put under the igloo to light them up, like home-made night lights. 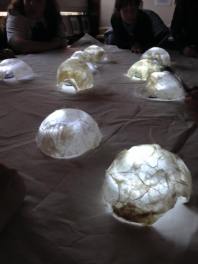 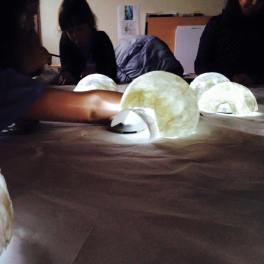 It was really magical with the lights turned down, and only the igloos glowing. It really felt as if we were in a winter wonderland, and gave the class a great atmosphere. After this, we brought out a silver tablecloth to use as an icy ground for our snow village. But the kids had the great idea of turning it over to use the white side as snow, and drawing footprints, paths, and snowballs. They named the snow village Snowhill! 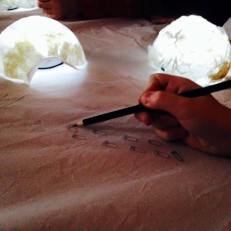 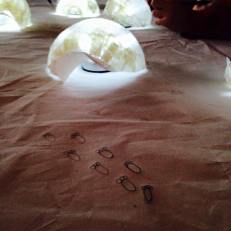 We all really enjoyed these 2 classes, which combined craft, imagination, response to local surroundings, and team work. The kids all helped each other make their individual igloos, and it was only in bringing each one together, and by everyone drawing their own additions to the snow village that Snowhill was made. The result was an atmospheric temporary installation that really did look like a fairy tale. 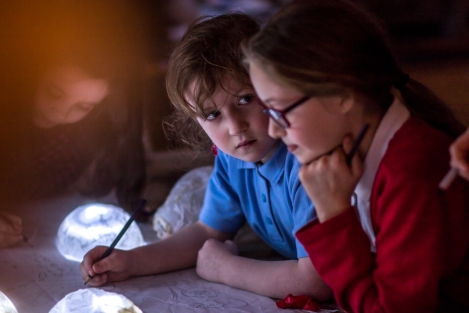 We’re pretty sure the kids enjoyed themselves, but it’s always nice to get a bit of feedback! One of the mum’s wrote on RIG Art’s Facebook:

Thanks Karen, Rebecca & Chris, my girl had a great time yesterday and is already looking forward to next week! 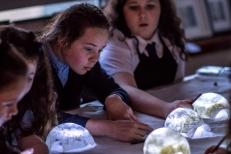 Next week we’ll be making paper collage scenes of the kids’ dream adventure playgrounds. We prepared last night by taking a picture of each little one pretending to be on a piece of play equipment, using the chairs in Art Flat. We’ll cut these out and stick them over pictures of play equipment – real and make-believe!

Want to find out more? Email us at info@rigarts.org, call us on 01475 649815, visit the RIG Arts Facebook page, or join ‘The Broomhill Project’ Facebook group.